Yes - so, it's been a while since I've done any blogging, no worries all is well, just cranking out dart cases with nothing major to report. Until today! I had a customer request that I liked so much I had to share it.

As I'm sure you know one of the more popular customizations I do is a magnetic dart board emblem on the front of the case, this allows you to further customize your case by getting a 1 inch golf ball marker of you favorite team, or logo or whatever and using it instead of the included dart board emblem. It can also be used for a coin flip (that's how my local league determines who has first crack at the cork to start the game). You can get golf ball markers anywhere and they're almost always magnetic because many golfers use magnets to secure them to their hat, here's an example

Now then, the magnet that holds the emblem is very strong so to make it easy to remove I add a small indentation to the side so you can get a finger nail under the edge and pop it off.  Recently I had a request to use a hole from the back instead so you could push the emblem out with a dart tip instead of making an indentation on the front.  Enough gabbing, lets take a look! 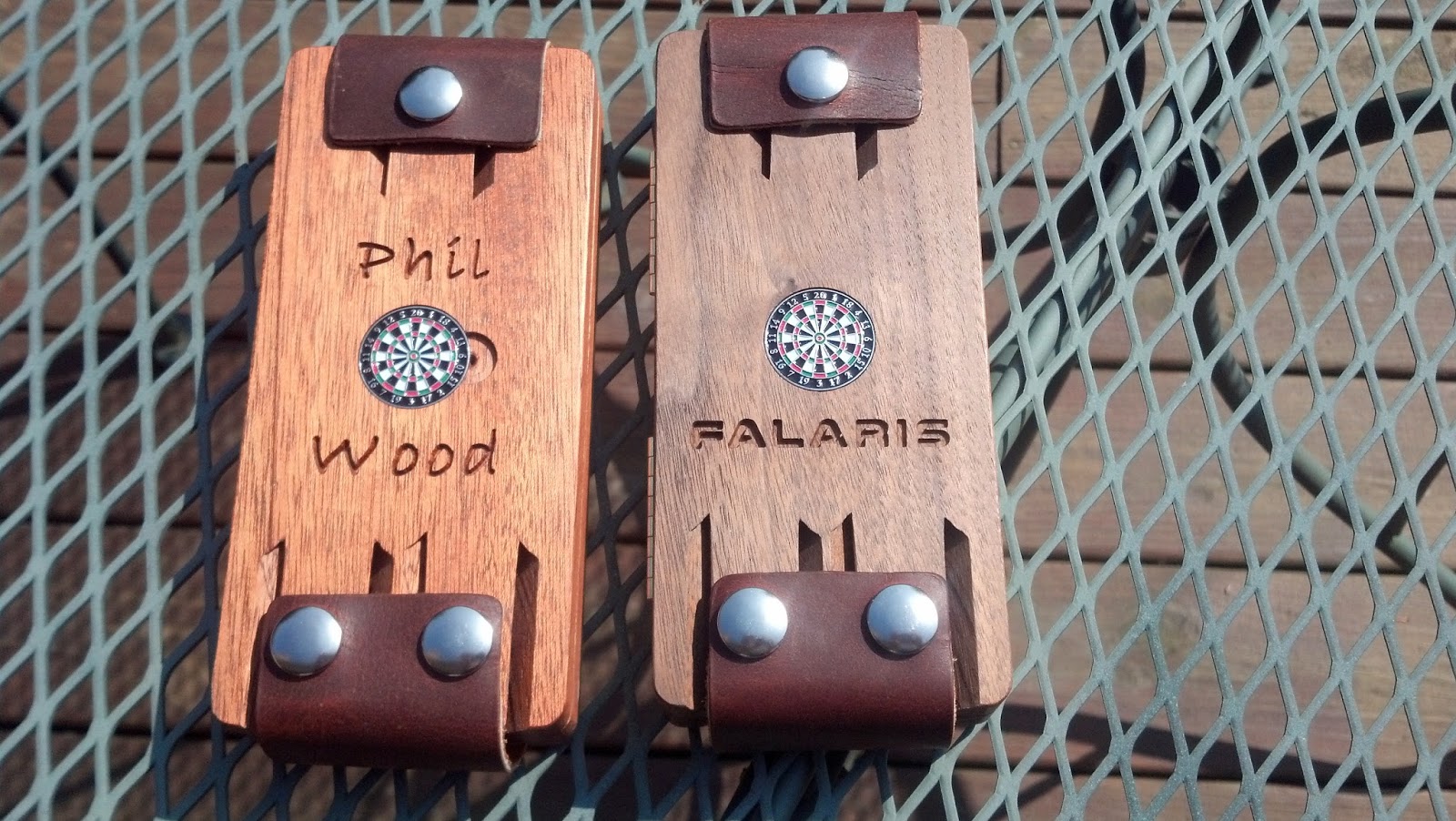 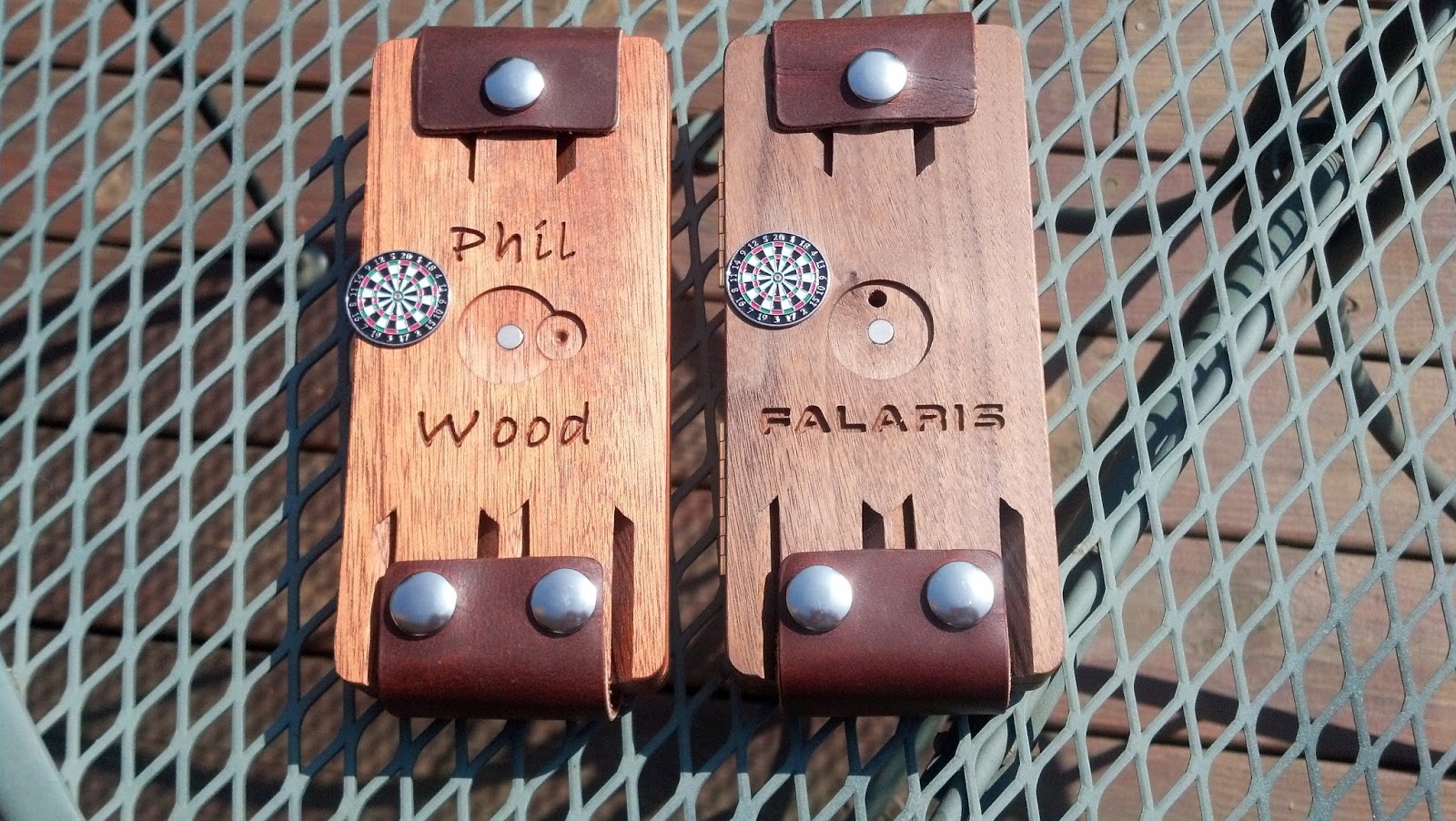 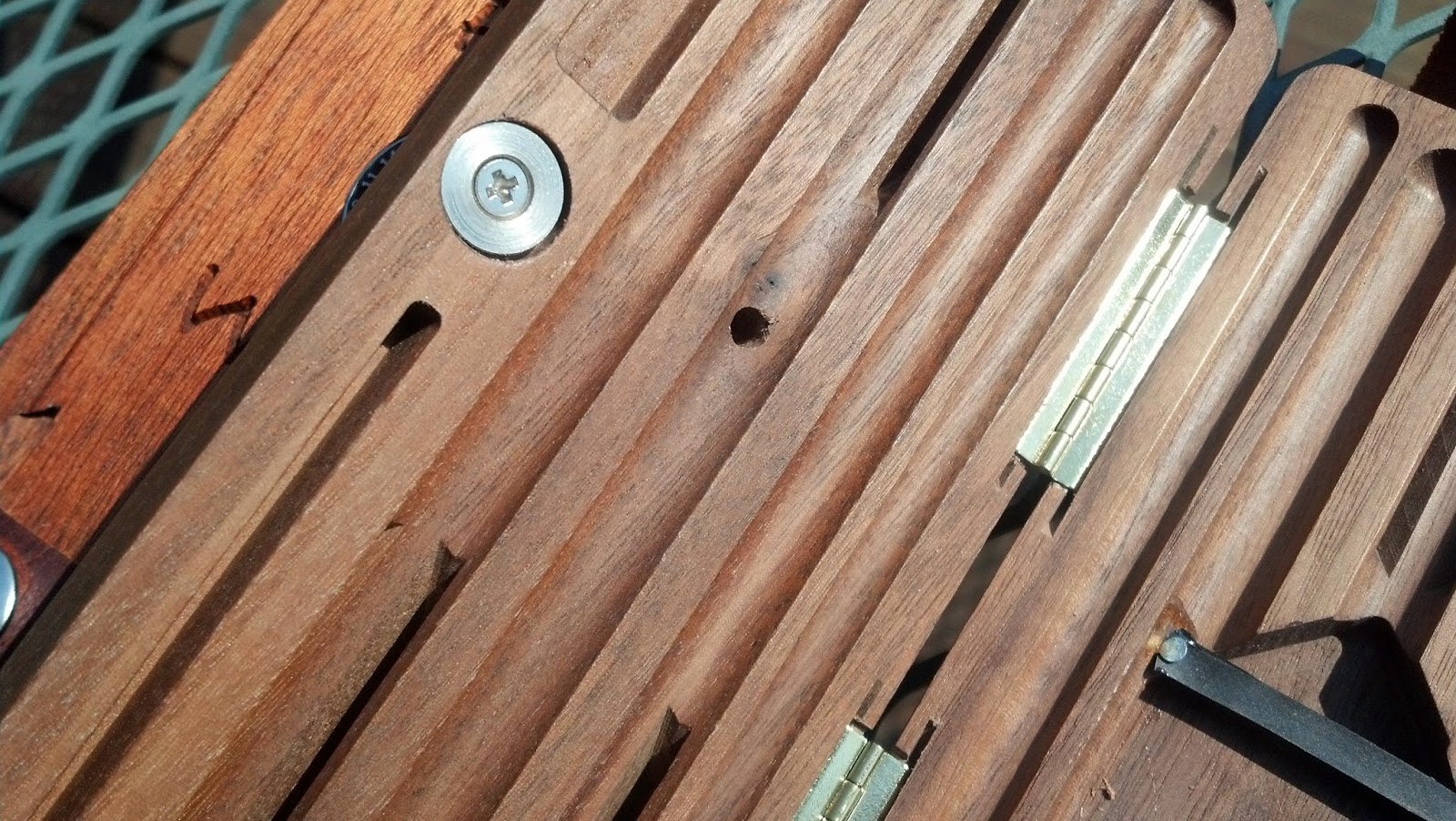 Personally, I like the quick access of the indentation (left pic) for a coin flip, because you don't have to open the case to remove the emblem, which I do quite often in the course of a league night.  The 'poke hole' (on the right) however is a cleaner look and if you don't use it for a coin flip that much, or don't mind the extra step of opening the case, this might be for you.  I don't have it as an option on the order page yet but if you'd prefer this style just shoot me an email with your order, the cost is the same either way.